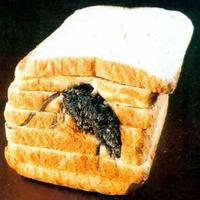 In a blog post over the weekend, Facebook announced that it will remove application boxes from its service on August 23. As we explained recently, boxes enable Facebook users to display third party content on their profile pages. Examples include a list of the books you're reading, the latest movies you've watched, tweets you've made.

Facebook quietly announced in November that it planned to deprecate boxes on a user's profile.

The replacement will be something called application tabs, which are similar to tabs in your browser. They're new pages specifically devoted to third-party content.

The problem I have with this is that it removes the content off a user's Facebook profile page. OK, the content may feature on a user's profile for a day or two as part of their daily real-time stream of information. But soon it will scroll off the profile page. An example is this movie review I did of Inception, on the media aggregation site GetGlue.

That review lasted on my profile page for at most a couple of days. I don't go to the movies that often, but the movies I do go to say something about my likes. It's social information, because I'd like to share my thoughts on movies and know what my friends think of certain movies. So I feel that it's relevant content to persist on my profile page - at least for a couple of weeks, rather than a couple of days. If I had a GetGlue box on Facebook, then my friends could see that I went to and enjoyed Inception - even if they visit my page a week after I saw the movie.

Now, with application tabs replacing boxes, I'll have to rely on my friends clicking a "GetGlue tab" on my Facebook page. How likely is that? Not very. I myself very rarely click my friends tabs.

I should add that tabs will have their uses. For example I look forward to adding a tab to my profile for the ReadWriteWeb Facebook Page. That shows that the Page is somehow related to me and so people may (or may not) be curious enough to click the tab. But for more social type content - like my books, movies, music - it makes more sense to display it on my profile page using a widget/box.

Facebook's move from boxes to tabs seems to mimic the functionality of a web browser, like Firefox or Chrome. Perhaps Facebook sees itself as a platform for the rest of the Web's content, which was partly Google's motivation for creating Chrome.

There has been talk that Facebook wants to avoid what happened to MySpace - which became overrun with garish, animated third party widgets. But Facebook already had solid rules in place to avoid animated GIFs and other ugly third party content that plagued MySpace. So I don't buy that argument.

I also think that Facebook is putting too much emphasis on the real-time firehose. Third party content boxes were a great way for users to choose to display - in a more persistent manner - relevant, contextual content about themselves. But now that content is being relegated to tabs, where it simply won't be seen most of the time.

What do you think - am I over-reacting to this decision by Facebook to remove boxes and replace them with tabs? Or do you agree that Facebook is making third party social content less persistent and accessible with this move?